I am consolidating old ride reports I’ve published on various forums over the years onto my WordPress site.  This is a ride report from May 2011 to Euston, NSW.

It’s 3am and I’m sitting here at the servo, the BOM website has the current temp at under -1, the bike is fuelled up and the start receipt safely tucked away, all my warm gear on.  I’m ready to head.  Where’s Russell?  I check the phone, no message.  Then I hear the distinctive note of the triple cut through the night as the Daytona turned into the servo.  With a quick greeting and a comment of how thick the fog is between here and Russel’s place, we are ready to go.

As we roll out of Canberra we are shrouded in a thick veil of fog.  As we head out the fog gets thicker and the choice between low beam and high beam begins.  Low beam – easier on the eyes but no distance, high beam – more glare but a trail of reflectors appears in front of you leading the way.  And so it is for the next 300km we follow the reflectors.

Prior to the ride we plan on short stopping the ride and make three stops instead of only two.  Our first planned stop is Gundagai, and as I pass under the truck time/speed gantry I know the BP truck stop is here somewhere but with all this fog I can see diddly squat.  Then I see it, a faint glow appears to my right.  I make the turn but where’s Russell?  He clean missed the servo and only saw me turn and had to take to the grass to enter the truck stop. 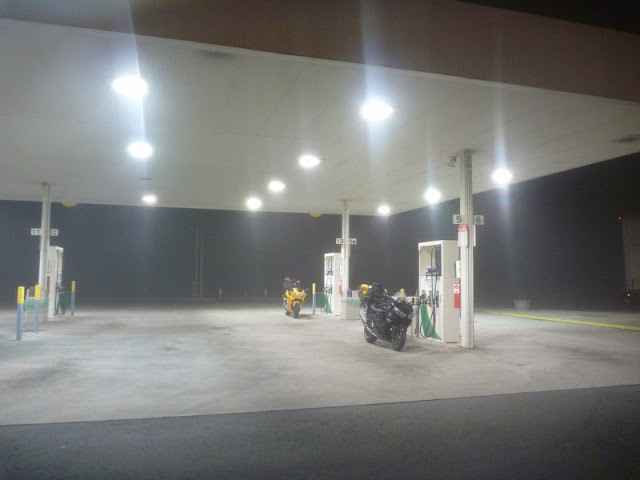 Then the fog cleared, a beautiful clear night.  It was cold but the electric vest and socks (yes socks, I hate cold feet!) were doing their magic.  200 meters later we’re back into the fog.  Damn.  As we came up to the Wagga Wagga turnoff the huge sign indicates 2km to the turn off, then 1km, slowing, slowing, it’s got to be here somewhere.  I’m watching the GPS which shows I’m at the turn but there’s nothing, then I saw the broken line by my left foot.  There it is.  I hope Russell saw me turn.

The two way traffic of the Sturt Highway in the fog was a bit more worrying, then just before Narrandera the fog lifted.  By the time we fuelled up and had breakfast the sun had come up. 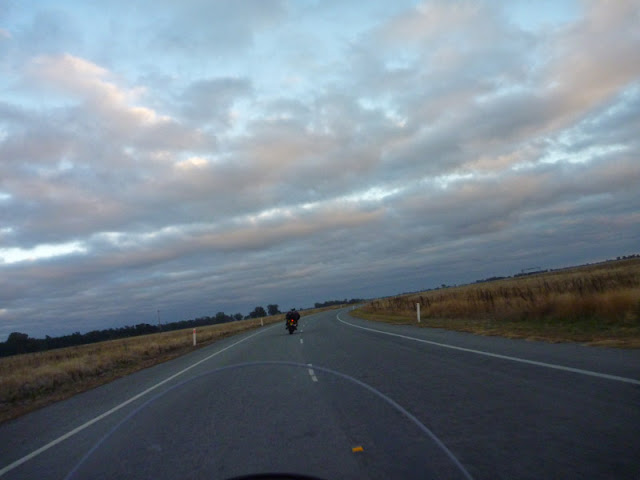 From Narrandera we were in the groove, enjoying the ride and the ever changing landscape that we were moving through.  Up to this point the only other bikes we saw were a couple leaving Narrandera as we filled up.  At Hay we came across the central coast crew and an unfortunate spill with Ian’s (?) VFR taking a dive.

The Hay plain is always very intoxicating with its subtle colour, huge sky, and very flat horizon.  It was here that I first noticed whitish splodges all over the road, it took me a while to work out what these were but by night fall it all became apparent. 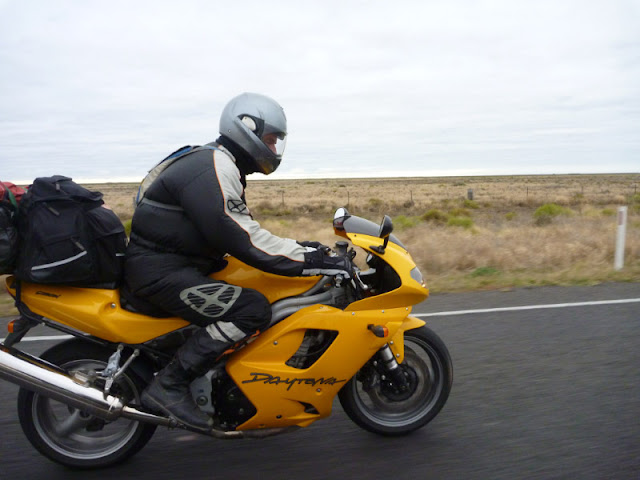 We arrived in Euston at 11:15am, 15 minutes early.  We had a great lunch and caught up with lots of old friends and a number of the large contingent of new FarRiders.  It’s always a struggle in such a short space of time to catch up with everyone. 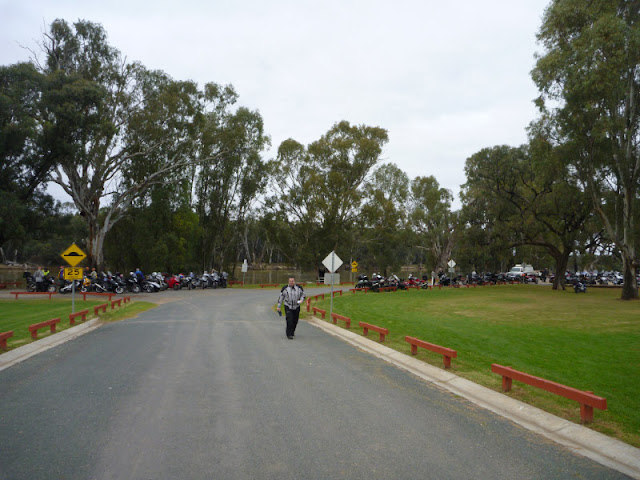 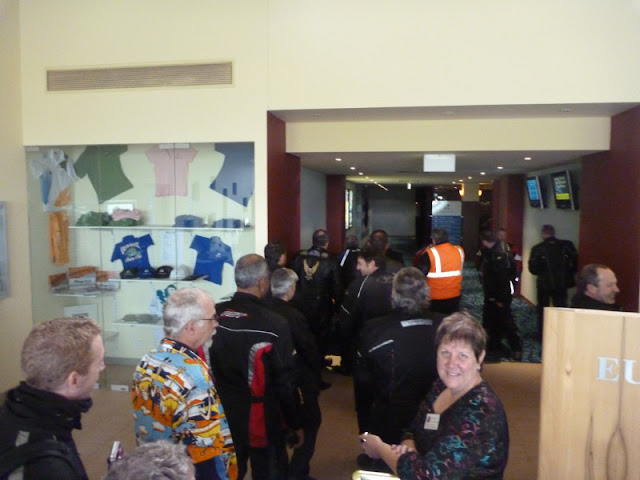 By 2:15pm we were back on the road heading home.

Donkey was having a ball! 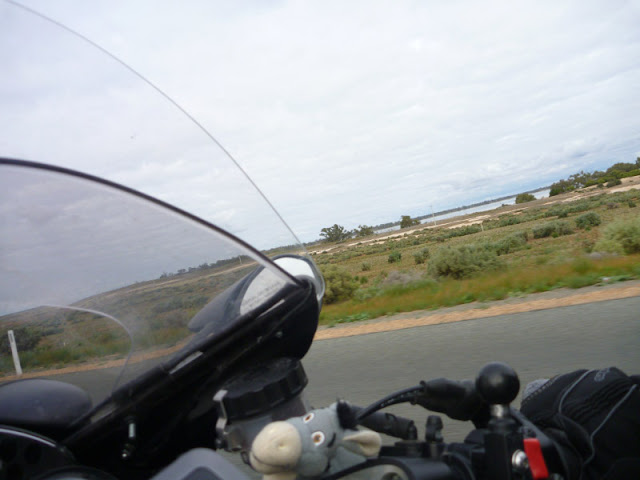 This is where my only real drama of the trip happened.  I had the plan on petrol stops all worked out in my head and from Euston it was back to Balranald to fill up and then again at Hay.  Just as we were about to leave Russ commented that he needed fuel as his reserve light had just come on.  Still thinking we were filling up in Balranald I only put $10 worth in.  About 30km out of Balranald heading towards Hay I realised what I had done and did some quick calculations in my head and thought I’d be fine.  Then another bar on the fuel gauge went out..!  At this point I went into full conservation mode, getting right down under the screen, maintaining a constant speed that was not above the limit, in fact a bit below, and using the throttle very, very gently (200hp is not the answer here!). 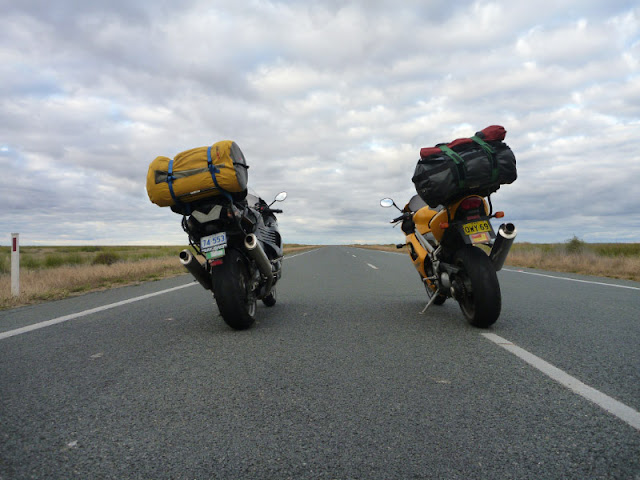 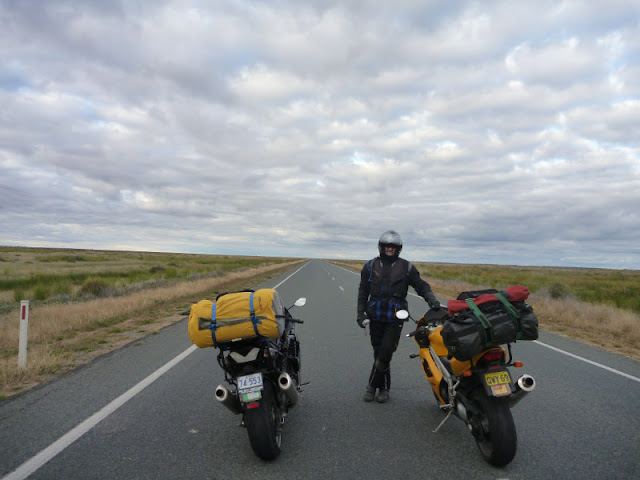 From Hay we turned left and headed towards West Wyalong, and to quote Mel “out the other side of Hay there is *another* Hay Plain! Magic”.  No truer word has been said. Magic. 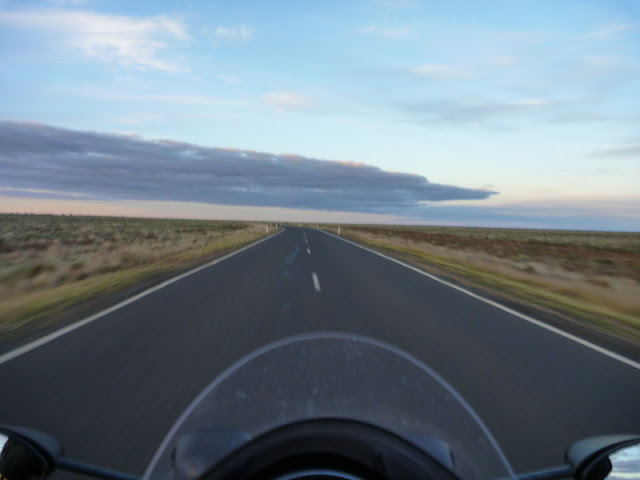 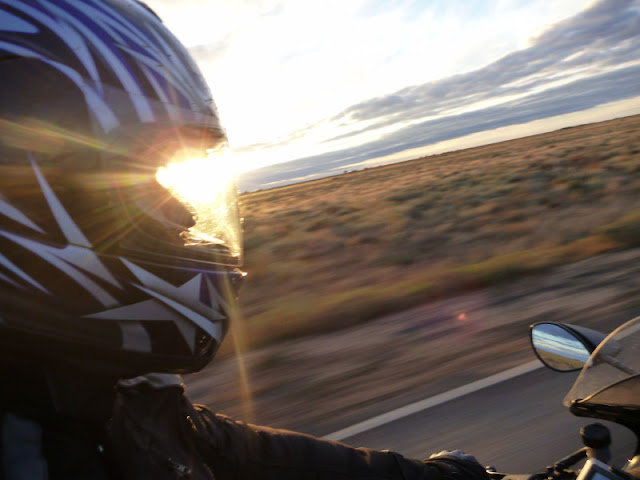 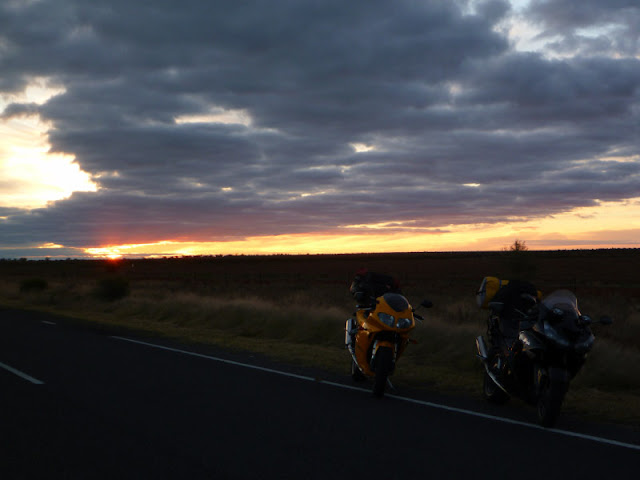 By the time the sun had set, the answer to the splodges on the road became apparent.  Mice.  I’d seen a few scampering around during the day but when the sun went down the little buggers were everywhere!  I scarred the crap out of one little guy as I went over the crest.  I swear he jumped a foot in the air, right before I hit him.  Burning mice on headers.  Not nice.

Our trip home was only a rough plan and we really hadn’t planned too much beyond getting our required 1,200km.  Looking at the GPS I was calculating that if we continued onto Canberra then we’d have a total of over 1,500km.  That got me to thinking of a bit of a loop, taking it out to 1,600. I hadn’t kept any paper work, but that didn’t matter, it wasn’t about documenting it, just doing it.  A few things thwarted this.

Drama 2 and I’ll put my hand up for this one as well.  I knew Russell would have enough fuel to make West Wyalong at around 250km but I wanted to get a photo of something just up the Kidman Way.  Well ‘just’ turned out to be 20km so that pushes us out to near on 290km.  A quick stop in a rest area for a short break as I was getting weary, to have a drink and something to eat, Russell mentioned that he was worried that he wouldn’t make West Wyalong so we were back in full fuel conservation mode.  When we pulled into the servo it turns out the reserve light had been on for over 70km.!

Clint and Charleen were at the servo in West Wyalong (we had been leap-frogging them all afternoon) and were staying here for the night.  With pretty much no conversation we agreed to call it a night and stop here rather than push on.

With less than 300km to home we pulled out of West Wyalong at around 7:30am and head for home.  I looked at the grain silos by the railway line and consider stopping, but didn’t.  We stopped for a leisurely breakfast in Murrumburrah with these little guys playing arcade games across the road. 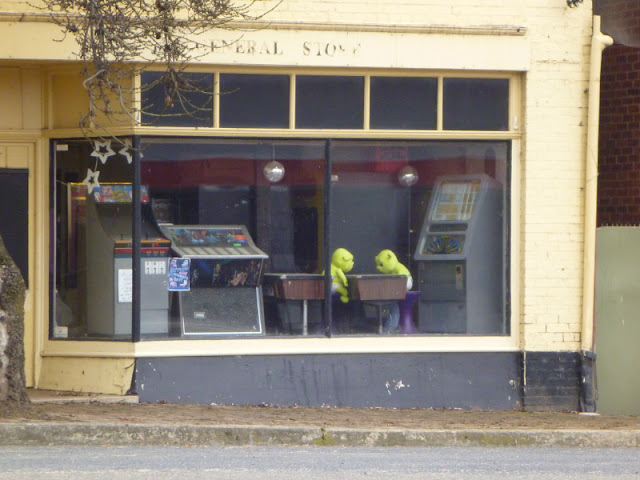 From here we pointed the bikes towards Canberra and headed home.