I can remember sitting in 4th grade being asked to work out how old I’d be in the year 2000. It turned out I’d be as old as my dad was. That was unimaginable! I simply couldn’t fathom being that old. And now it’s 2020. Unbelievable.!

Overall 2019 has been a pretty good year for us. No we didn’t win the lotto. No we didn’t upsize / downside our house. And no we haven’t been able to finish paying the house off. But we have made a serious investment in new friends and banking another set of amazing memories.

If you told that fourth grader that he would ride the Swiss alps with Swiss friends, dine overlooking the Colloseum in Rome, or stand in St Mark’s square at 1am drinking with Italian friends in Venice he would never have believed you. Not in a million years.

For too long I worried about what others thought or just didn’t have the courage to believe what was possible.  It took me some time before I realised that I was letting others define me.  Standing on the top of Schilthorn this year it struck me just how far I have come. There I was yondling with traditional Swiss yondlers in front of a crowd and it was an amazing experience.  There is no way 20 year old, 30 year old, or maybe even 40 year old Glen would have done this.

You have to grab life with both hands and give it a good shake.  You just never know where you will end up.

In 2018 we discovered a joint love of motorcycle touring on a two-week trip in the US and Canada.  Here we met a Swiss couple who we hit it off with.  In 2019 Deb earned a cruise to the Greek Islands out of Rome. We took up Alain and Monika’s offer to go to Switzerland and hang out with them. Then I’m yodling at the top of a famous Swiss mountian.

One thing leads to another.  And not knowing where you’ll end up is often half the fun.!

2019 was a busy year for us and in between all our work commitments we had our youngest daughter’s wedding in February, a number of motorcycle trips, and a European holiday in the middle of the year which included a week riding with friends in Switzerland, Austria, and Italy. 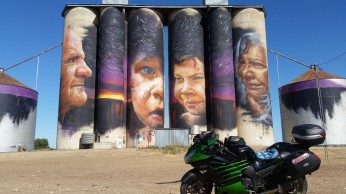 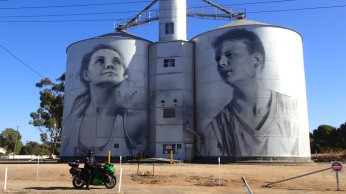 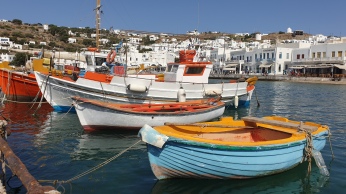 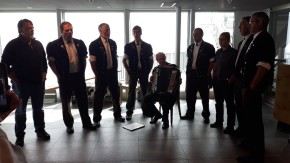 Dinner with friends in Zurich

Camping in the Snowies

In the closing of 2019 however I am starkly reminded of the contrasts of our great country and the words penned in the early 1900’s by a young Dorothea Mackellar while living in England, homesick for Australia. The most famous words from her poem My Country come from the second stanza.

I love a sunburnt country,
A land of sweeping plains,
Of ragged mountain ranges,
Of droughts and flooding rains,
I love her far horizons,
I lover her Jewel-sea,
Her beauty and her terror –
The wide brown land for me!

Check out the rest of the poem here as it paints a beautiful picture of Australia and why we love it so much.

Australia is currently experiencing the terror – I look out of my office window and I struggle to see the surrounding hills or even buildings just a couple of blocks away for smoke.  My beautiful country is on fire and this week Canberra is recorded as the city with the worst air quality in the world.!  And while it’s chocking, everytime I want to complain I think of where this smoke is coming from and how much worse it is there.  The beautiful snowy mountains where I was riding just a month ago have been evacuated, with whole towns told to leave, with fire conditions listed as catestrophic and fire efforts moving towards saving lives rather than fighting blazes as they are so big and out-of-control.  As I write this – close to 6 million hectares have been burnt out. That’s larger than some European countries.

The below map is only showing fires in New South Wales.  There are fires in nearly every State of Australia. 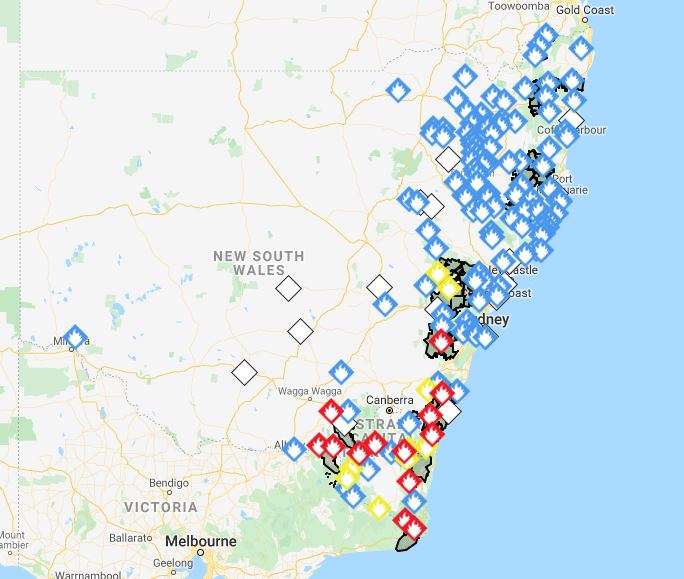 In 2003 Canberra experienced it’s worst bushfire with 4 people dying, 490 injured and destroying 470 homes.  This experience is still very raw for many people and with monster fires to our west, south and east, we see it all over social media, every station on television showing horrific images of destroyed neighbourhoods, of whole towns … my city is very much on edge. So even though we are at the heart of suburbia we have talked through what we will take, what is important to us, and what we will do.  We have our fire plans in place.

Smoke just hanging in the air in our street

And the scary part is that this is only the first week of January, where typically we start to have problems.  But this has been going on for months now with no end in sight.

So it’s hard to think too far into 2020, we just want to get through summer. 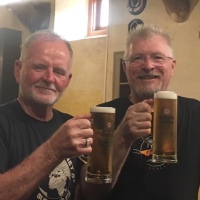 Dedicated to a vagabond couple and their motorcycle travels.