Work’s been fairly relentless; the new bike hasn’t yet experiencing an IBA ride distance; and the girls are out of town – it sounded like a perfect opportunity to just get out of town and go for a ride.

The plan consisted of three corners, (Dubbo, Cobar, and Hay) a meeting location and a time.  That’s it.  I remember a time when a ride of this distance would be planned within an inch of its life and tracked during the day. Now we just jump on the bikes and ride. The miles come pretty easy.

Heading out of Canberra it was a cool 6 degrees C – welcome to autumn!  However, I may have under estimated just how cool it was as I only had a thermal and t-shirt under my jacket, with temperatures varying between 3 and 10 degrees C for the first tankful. 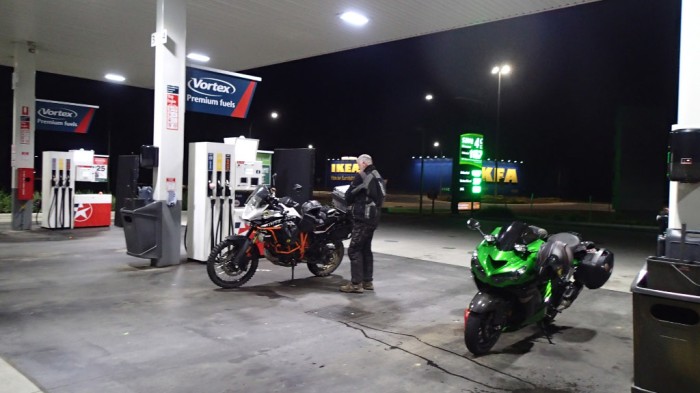 Meeting location at 3am 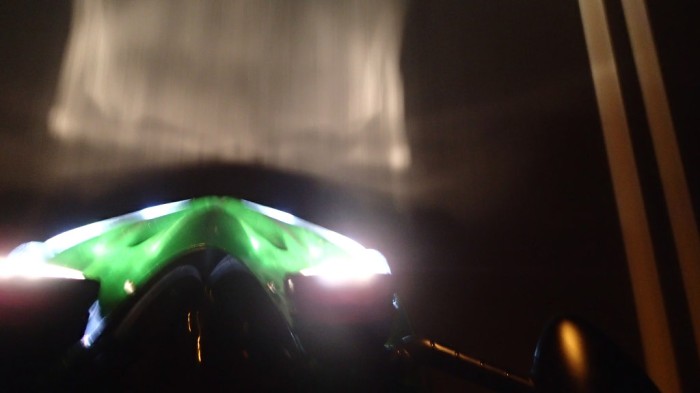 View from the top – beams of light showing the way

By the time the sun was up the cool night revealed a beautiful day with temperatures in the mid to high 20s.  A perfect riding day.  By the time we pulled into Cobar it was definitely time to remove layers and swap to cooler gloves. It was also time to find a bakery for a coffee, pie and a chat.

Checking out a grain dump silo by the railway line 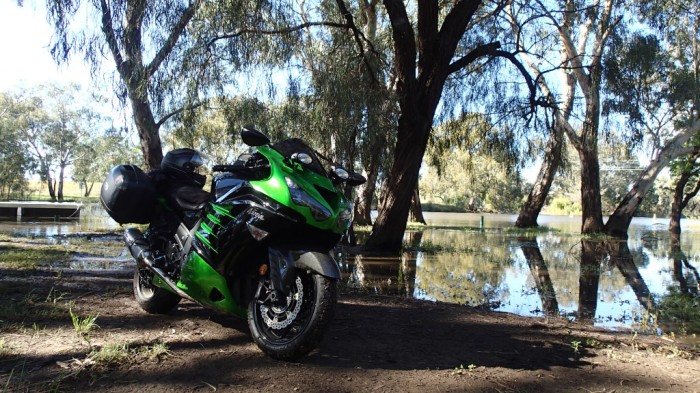 From Cobar we head south towards Hay 426km away. This was a great opportunity to see just how far I could get out of a tank of fuel on the new bike.  It’s always useful to know just how far the bike will go when the low fuel light starts flashing.  So with a 5ltr jerry stored in the pannier we head south. 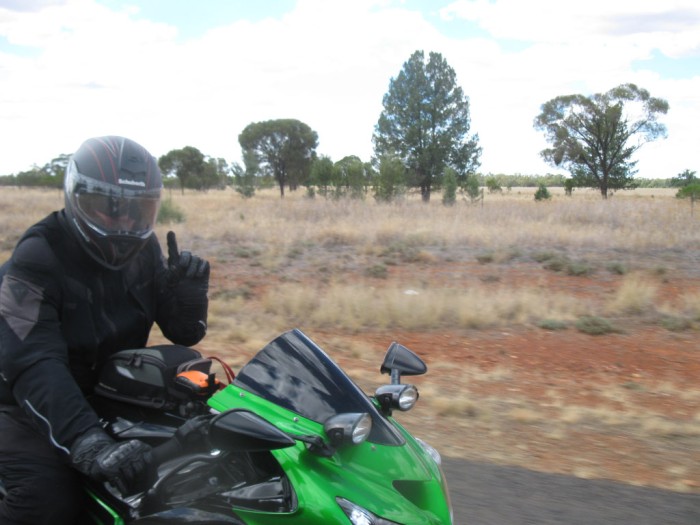 You know when you are out west as the trucks get bigger with B-doubles gaining an additional lead trailer to become B-triples and the even bigger road trains.  These trucks require more commitment when overtaking.  However the roads are generally much more open so seeing isn’t generally a problem. But you still can’t afford to muck around.

Moving passed a road train on the Hay Plains

I really love the big sky out here and I couldn’t resist riding out into the scenery and taking a few photos and just stand and take it all in.

The low fuel light came on at 347km, about 50km later than my old ZX14.  I’m expecting another 40km before the bike coughs and dies of fuel starvation, so I’m cautious with any overtaking moves as I don’t want to get caught on the wrong side of the road when the bike finally runs out of fuel.  So after 40km I’m content with just sitting behind the traffic just poking along at the speed limit. Then at 74km the bike coughed just 5km out of Hay. So 421km on a tank and that wasn’t doing an economy run.  That’s pretty impressive.

From Hay we start heading east towards home with the sun setting over our shoulder. 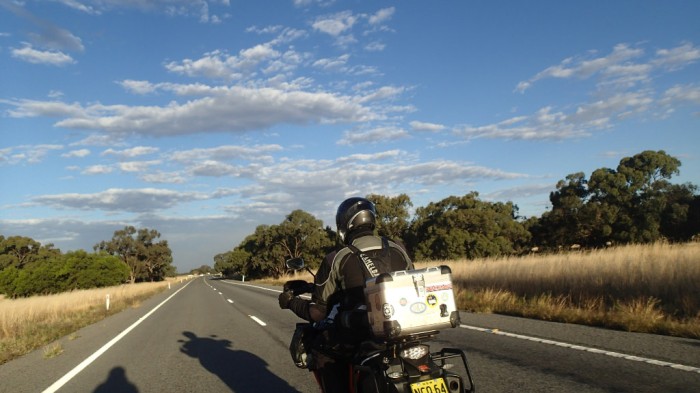 Shadows getting longer as the sun gets lower

And with the sun dissappearing over the horizon the darkness envelopes us leaving only our lights to point the way home.

As we roll into Canberra a little under 19 hours after we left we had clocked 1,640km. A great days ride over some great open roads, through an amazing countryside.

I can’t say I got back with any epiphanies but it was great to just spend hours in my own headspace, just moving through the environment, and letting my subconscience just process stuff.

Man I needed that.  Now I’m ready for a new week.

Link to my tracker page of the ride. 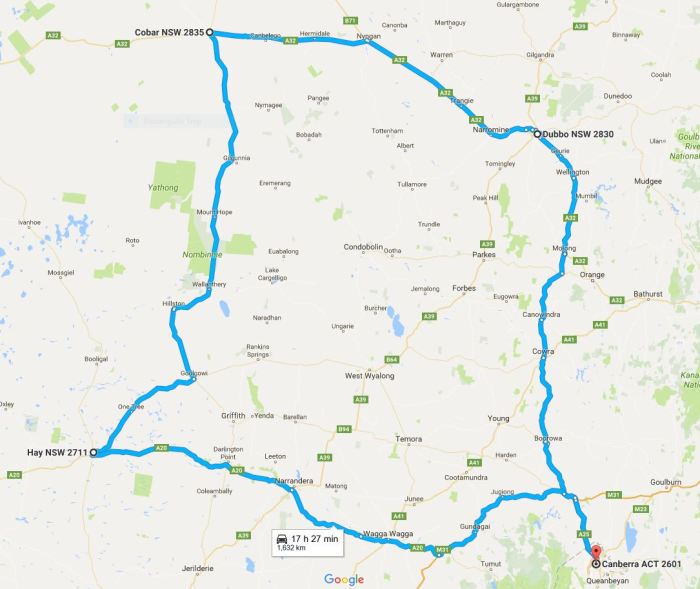 9 thoughts on “A ride to clear the head”