I used to think we had mountains. We aren’t got mountains!

Today we completed a 260km loop out of St Moritz and included three more passes that saw us back in Italy for a few hours. 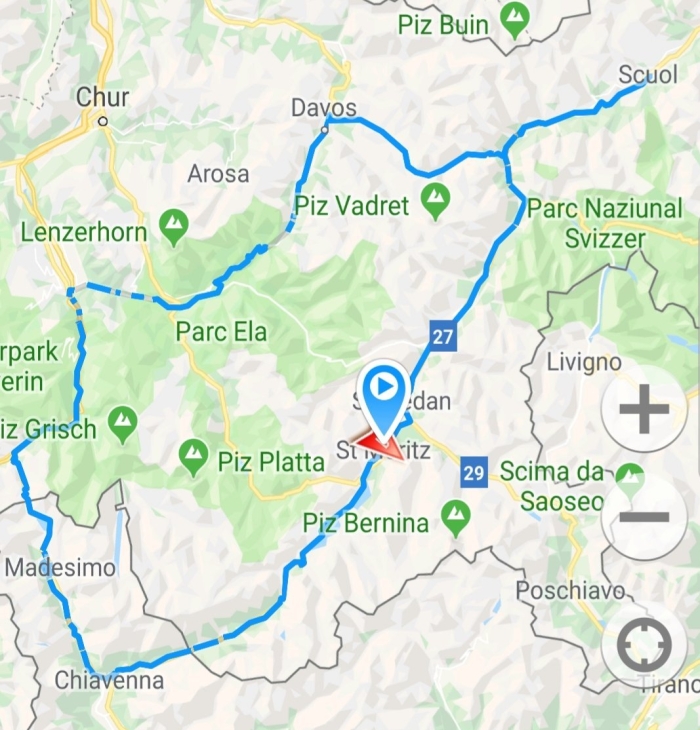 Today after a short ride we came to the first of our three passes today – the Maloya Pass. Unfortunately we had a problem with the camera and we didn’t get many photos. Eventually it got the best of me and I stopped … who’d have thought it was possible to put the battery in the wrong way?! 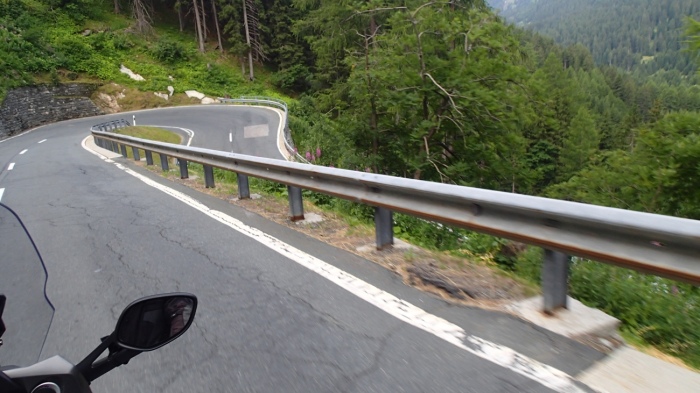 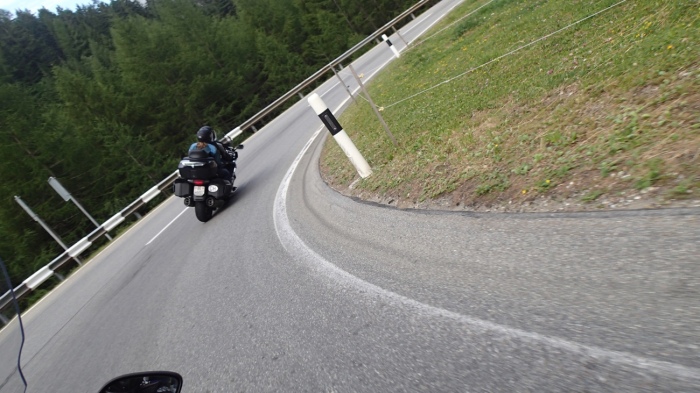 Today we stopped in Chiavenna (Italy) and had a walk around and bought some lunch supplies. It’s nice to wander around a village that isn’t focused on tourists but day-to-day life. 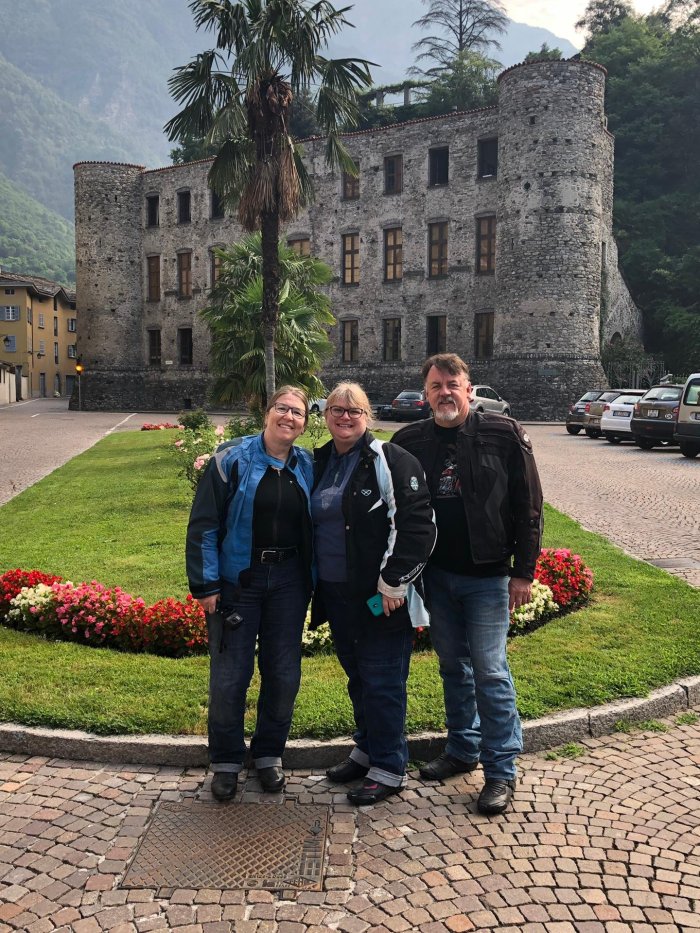 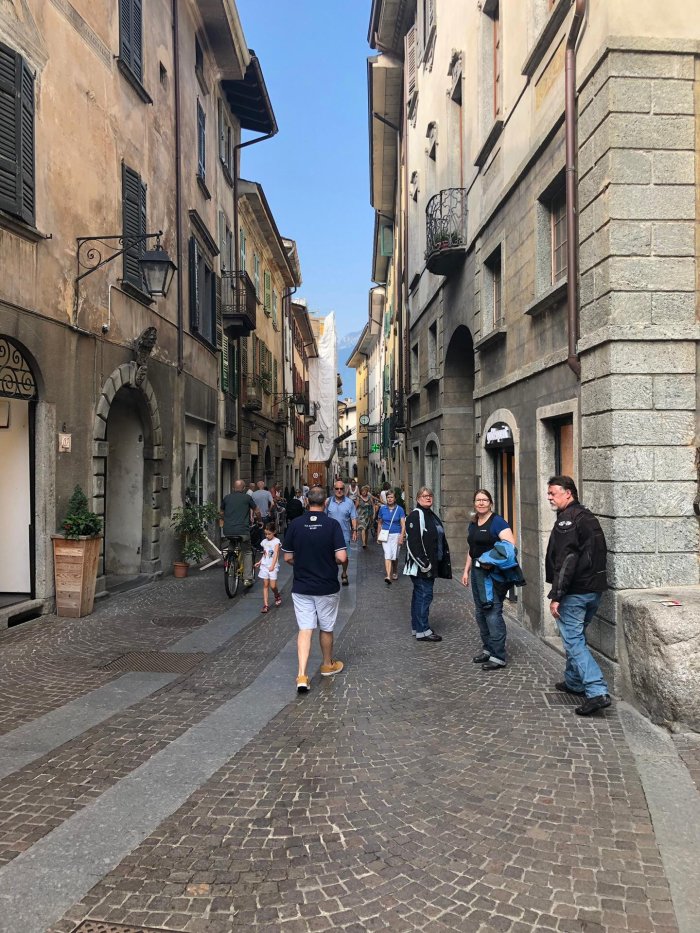 From here we went over the Splügen Pass which while looks really technical isn’t as bad as the Stelvio yesterday. But this side of the pass does look amazing. 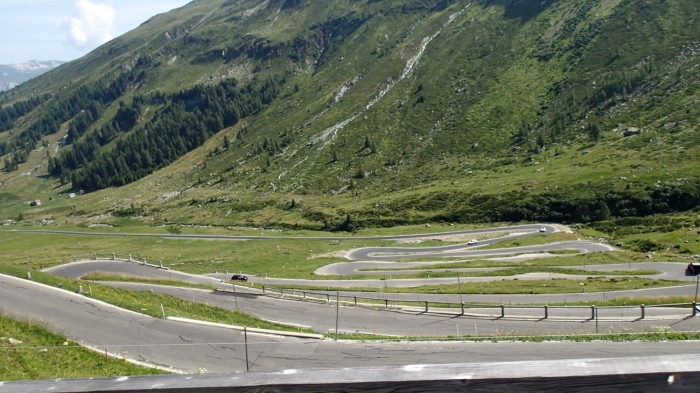 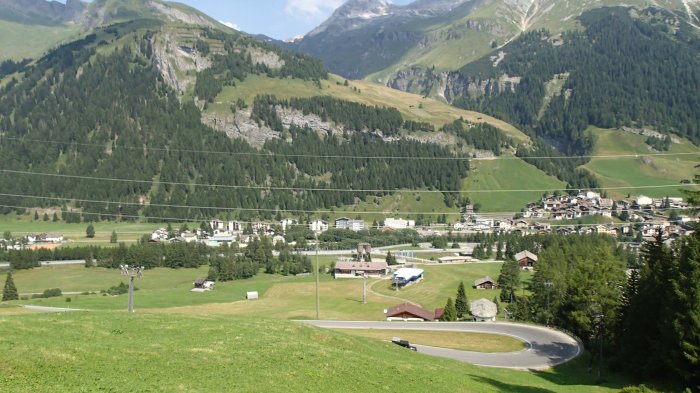 Then we rode via the Mala – which in Romanish means bad path) as it’s a really deep gorge and one of the series of obstacles for getting through and where many people died attempting to cross it.

By this time it was lunch time and we found ourselves in Davos where we sat under a tree by the lake and ate our lunch, while watching cable water skiing, people on inflatable stand-up paddle boards, and the dark clouds rolling in. 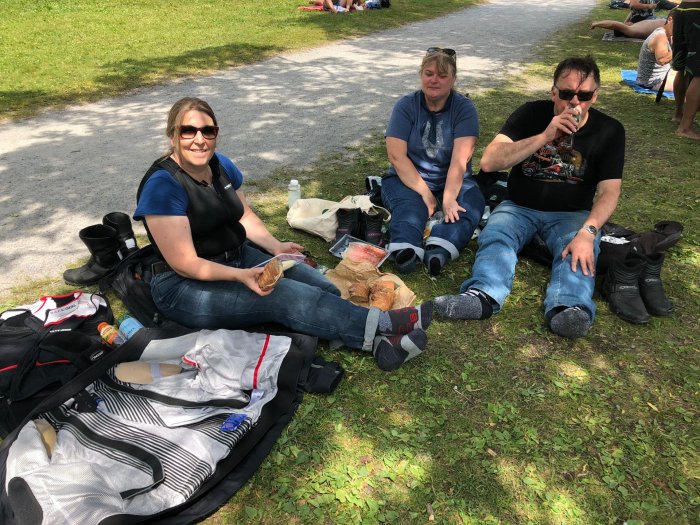 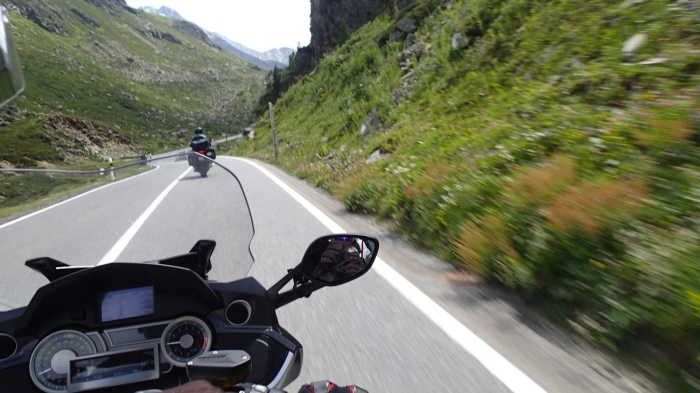 Other Photos from the day

And as the storm was closing in we changed our plans and decided to make a detour to the ‘Engadin Bad’ in Scuol which is a natural mineral hot springs centre where we spent the few hours soaking and relaxing in the mineral water giving the storm time to blow over.

We still got wet on the way back to the hotel but we were so relaxed after three hours just soaking.

One thought on “Mountain Climbing”